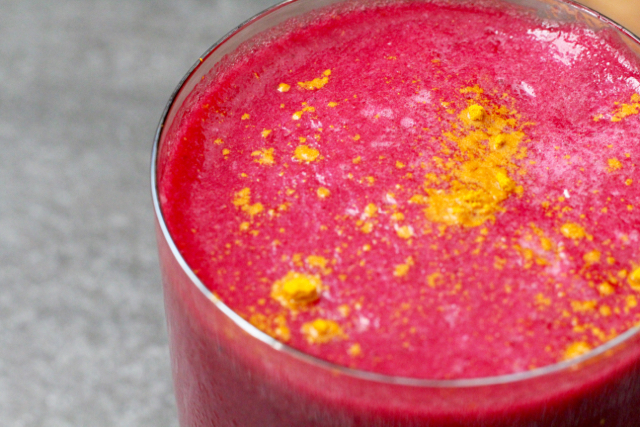 Lowers blood pressure- Nitrates found in beets (and other plants like greens and rhubarb) have been studied to increase blood flow and oxygen to the body. When nitrates get converted into nitric oxide, it tells your blood vessels to dilate and improves blood flow.

Improves cognitive function – Beet juice can also help increase neuroplasticity, which means having the ability to change the structure of your brain, allowing you to learn new things easier. In one study, participants who exercised and drank beet root juice developed brain networks that more closely resembled those of younger adults. It is important to note that exercise has amazing effects on cognitive function alone as well. Much to discuss on that topic for another blog post.

Improves reaction time in athletes – Beet juice has been shown to increase performance in athletes. The way it works is that nitrates and nitric oxide reduce the amount of oxygen our bodies need during constant exercise. Hence, if an athlete needs less oxygen, they could perform better. Studies show that with beet root or beet juice, athletes can have better output or speed for the same amount of exerted energy. For example, runners who ate about a can of beets before a 5k ran 5% faster than those that did not consume the beets. Try having a shot of beet juice before exercising!

What are other vegetables that are rich in nitrates?

Beets can be messy to peel. They require peeling and cutting and the red juices can easily splatter all over your counter and backsplash if you’re not accustomed to preparing them. That’s why I prefer the canned or frozen beets which are no fuss. In my smoothie recipe below I used frozen beets. I also added a pinch of turmeric for an extra anti-inflammatory kick. Enjoy!

Note: If you’re drinking this as a meal, I recommend adding protein powder. 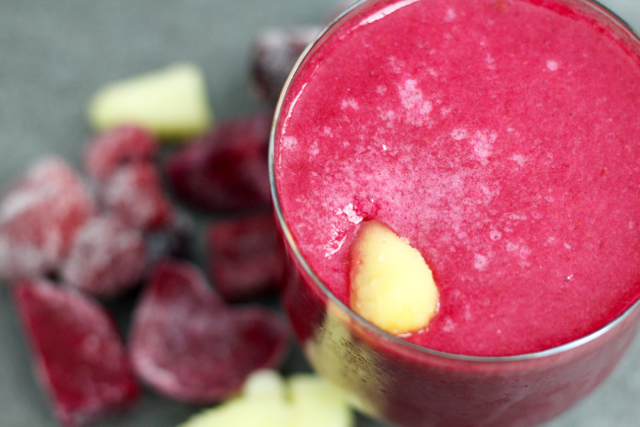